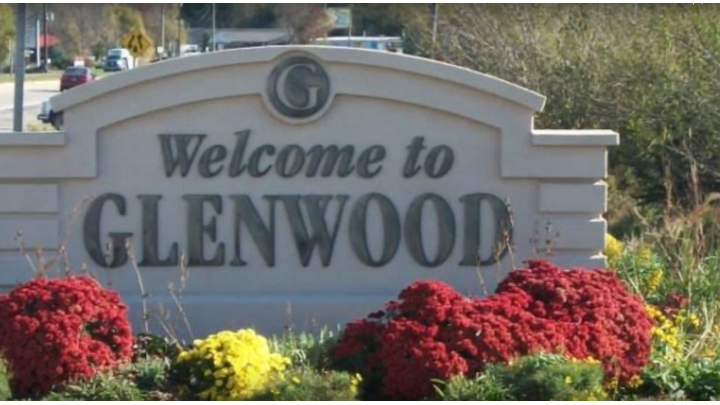 The City of Glenwood is home to 5,358 friendly people in the Loess Hills of southwest Iowa.  A small rural community with strong ties to the Omaha metropolitan area, Glenwood is a dynamic and welcoming place to live and work.

What about cost of living in Glenwood, IA? The median income in Glenwood, IA is $53,229 and the median home value is $134,700, which should give you a pretty good idea of its affordability.

Glenwood is a city in and the county seat of Mills County, IA

Located on the east side of the Missouri River, Glenwood was established by Mormons in 1848 as Coonsville. It prospered during the California Gold Rush largely due to the grain mill on Keg Creek. It became the county seat of Mills County in 1851. In 1852, after most of Mormons left for Utah, it was renamed Glenwood after a Presbyterian minister, Glenn Wood.

The community supported the creation of Nebraska Territory in 1854. Two Glenwood attorneys were elected to the Nebraska territorial legislature, and they were run out of town for accepting shares in Scriptown. At the end of the Civil War, an Iowa Veteran’s Orphans Home was founded here.

The Burlington and Missouri River Railroad was completed through Glenwood in 1869. Early industries included an iron foundry, an expansive marble and stone works, the Glenwood Creamery, and a large cannery that covered a city block on the east side of Locust Street. It distributed its products under the brand-name “The Glenwood.” Darting & McGavern’s “Sanitary” cannery on South Vine and Railroad Avenue canned tomatoes, pumpkin, apples, and beets into the 1920s. 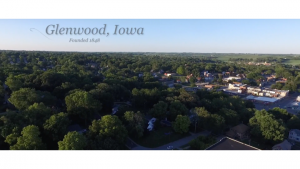 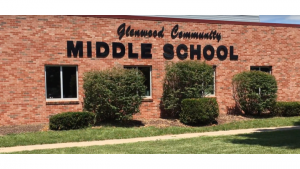 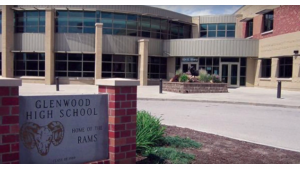